Come discover the history of the North Shore and Gloucester MA lighthouses, which are placed on some of the most beautiful settings – near beaches, on rock bluffs, or just surrounded by beautiful ocean views. The Gloucester area of Massachusetts has been known for its large commercial fishing area, so don’t miss the opportunity to see some beautiful harbors. Some lighthouses are not open to the public, so make sure to research which lighthouses you plan to visit beforehand. Although some are closed, their beauty can still be enjoyed from a distance. To feature your MA business, contact us. 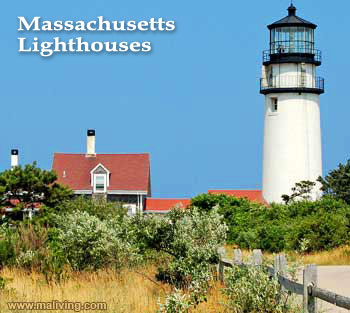 Newburyport Harbor Range Lights
Newburyport: This lighthouse was established in 1837 and deactivated in 1961. There are two lighthouses on this spot, one larger than the other, both constructed from wood and brick.

Plum Island Light
Newburyport:the lighthouse was built in 1898 and made exclusively from wood. Standing at 35 feet tall, this lighthouse is still in use.

Annisquam Light
Gloucester: located on the north end of the Annisquam River and Ipswich Bay this lighthouse was built in 1897. Made from brick the tower stands at 41 feet.

Thacher Island Twin Lights
Rockport: Both of these towers were constructed of granite and are popular tourist attractions.

East Point Light
Gloucester: Standing at 36 feet tall this tower was made exclusively out of brick. The lighthouse is not open to the public, though you can walk around the outside.

Baker’s Island Light
Salem: a still active lighthouse built in 1820 was made entirely from granite.

Hospital Point Light
Beverly: located on the main channel to Salem Harbor, this lighthouse was made from brick with a granite foundation. Built in 1872 this lighthouse is still active.

Fort Pickering Light
Salem: located on the north side of the entrance to Salem Harbor was built in 1871. This lighthouse is made from cast iron with brick lining and a concrete foundation.

Derby Wharf Light
Salem: built in 1871 out of brick the lighthouse is not open to the public.

Marblehead Light
Marblehead: open by special arrangement only, this lighthouse was built in 1896. Still active today.

Egg Rock Light
Nahant: located near Lynn Beach north of Boston Harbor. The lighthouse was rebuilt in 1898 and is 32 feet tall.

Did we miss something?
Add your update or comment. 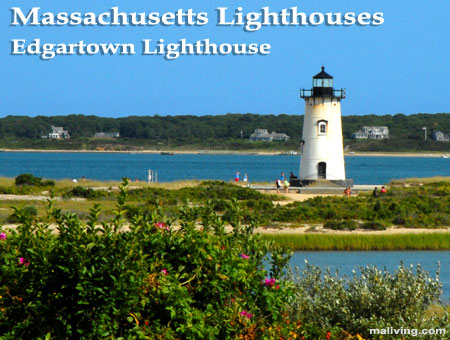