Of the six states that create New England, Massachusetts has the highest population of all. Of this population, a majority live in the Boston metropolitan area. One of the most respected newspapers in New England, The Boston Globe, is located in the heart of Boston. The Globe and rival Boston Herald have been long-standing Boston newspapers. The Globe has won eighteen Pulitzer Prizes, while the Boston Herald has won four. Founded in 1846, the Boston Herald is one of the oldest daily newspapers in the entire United States. In Central Massachusetts, the Worcester Telegram & Gazette is the largest daily publication, while the Springfield Republican is the largest publication in the Berkshires. Click on the MA Newspaper names below for more information on that specific newspaper. Ask us about visiting Massachusetts or share comments. To feature your MA business, contact us. 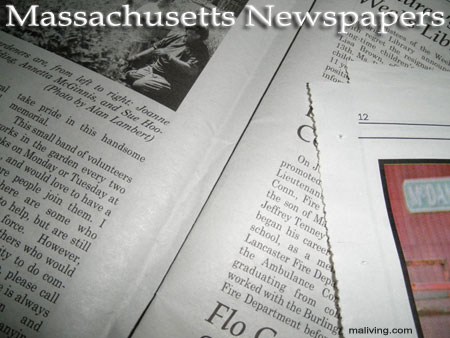